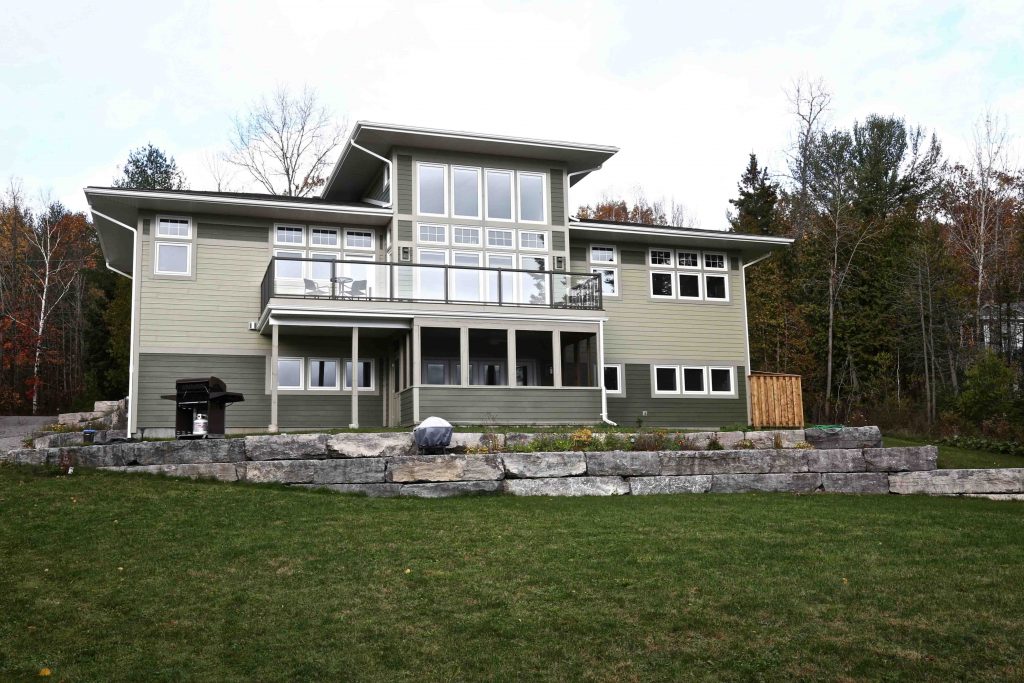 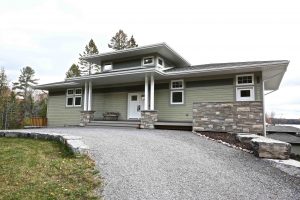 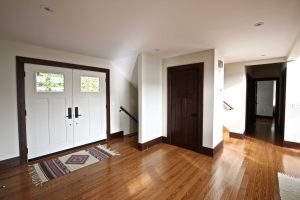 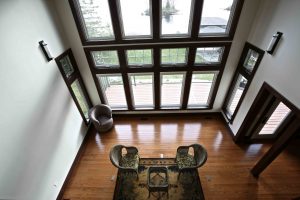 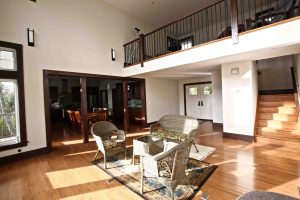 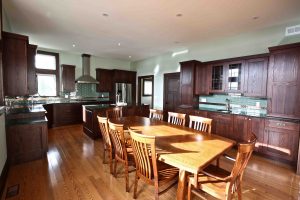 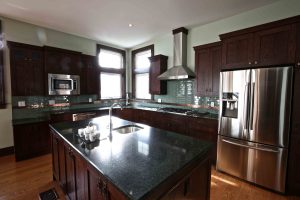 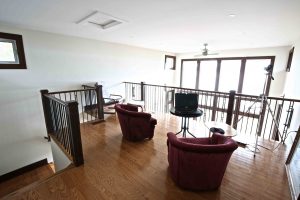 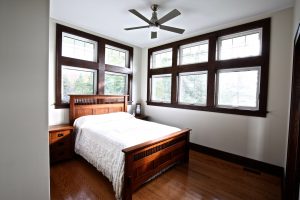 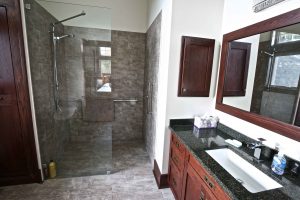 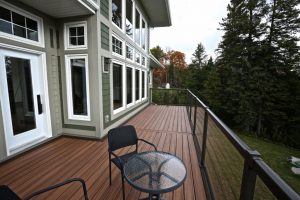 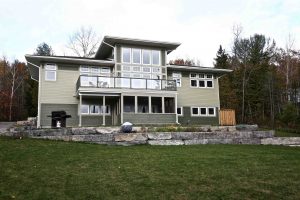 This custom cottage on Lower Buckhorn Lake, affectionately dubbed “the 10 year cottage”, was truly a labour love. KLC initially designed our client’s original cottage in 2007 with the intention of building an inexpensive space to live in until they retired, when they would then finish the project.

The first phase involved building the basement from ICF, putting subfloor on and installing roof truss on top (and planning on reusing a portion of that roof in the final phase). The interior of this space was finished to just the minimum required for them to be able to use it for the next few years.

The next step came in 2015, when we waterproofed the back of the cottage, raised the footings for the entry deck and covered porch and followed with a significant amount of landscaping to prep for the final phase.

The following year, we started what we dubbed “Phase II” which consisted of removing the roof and adding the first floor, loft and creating the “Craftsman” style look that they desired. To achieve this in an efficient manner without opening up the existing structure to the elements for too long, we prebuilt exterior walls of the wings in sections on the ground and stored them. We cut holes in the existing roof of the wings which were being reused, disconnected the truss’ from the sill plate and removed the centre portion of roof truss which was not being reused. The holes in the roof allowed us to drop straps from a crane in and lift each roof section off of the house in one piece. The crane stood the walls up and replaced the roof sections of the two wings. From the time that the crane hooked onto the existing roof to when the new walls were up and the two roof sections were back in place took 2 hours! From there it was easy to tarp the centre until we built the tall walls and put the truss roof onto this section.

Our clients love cooking & entertaining, so it was important to them that the design included ample space for them to host gatherings with their family and local cottager friends.

My family started coming to Deer Bay in the Kawarthas in the 1930s but eventually sold our family cottage. When Mitzi and I had an opportunity to return to Deer Bay and build our dream cottage/retirement home we needed a builder we could really trust since we were 1,000 miles away in St. Paul, Minnesota. Kawartha Lakes Construction proved to be the right choice.

We had specific “Prairie Style” design ideas and they were able to put our thoughts to paper and come up with exactly what we were looking for. They were also able to build in stages (lower level for summer use, boathouse, major landscaping, and finally, adding the upper floors) to suit our timelines and financial needs. It was a long process, but KLC made the journey worthwhile. We consider the folks at KLC as friends more than business associates. I have highly recommended them to inquisitive neighbours and will continue to recommend them to anyone looking to build in the area.